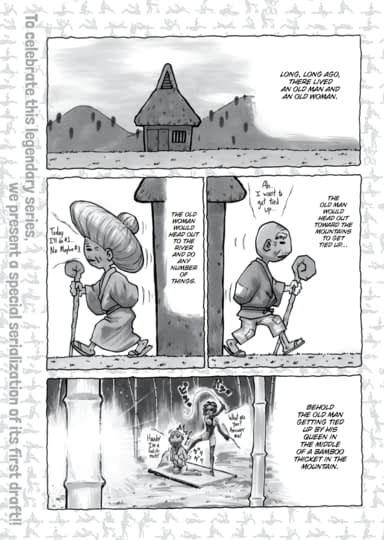 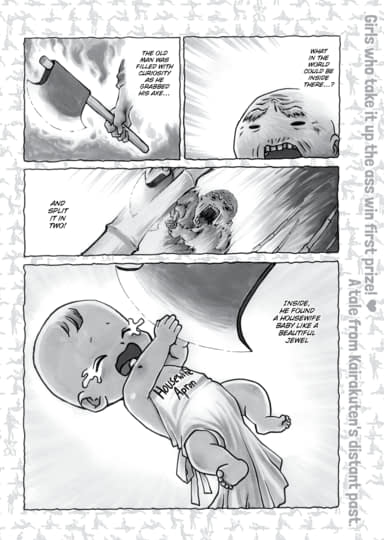 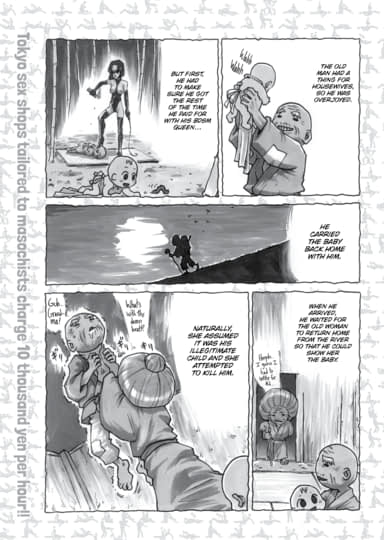 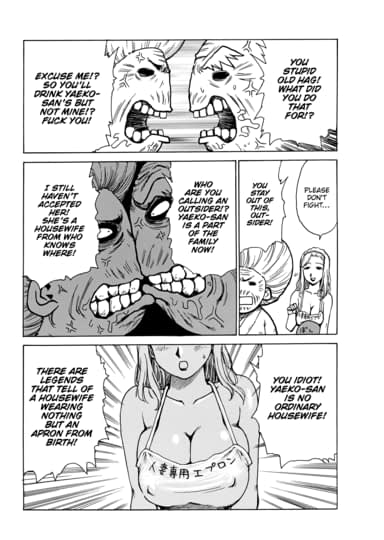 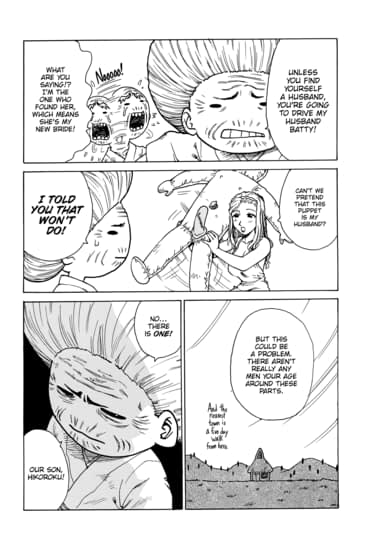 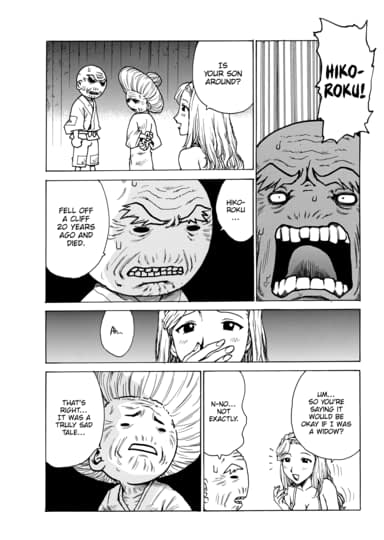 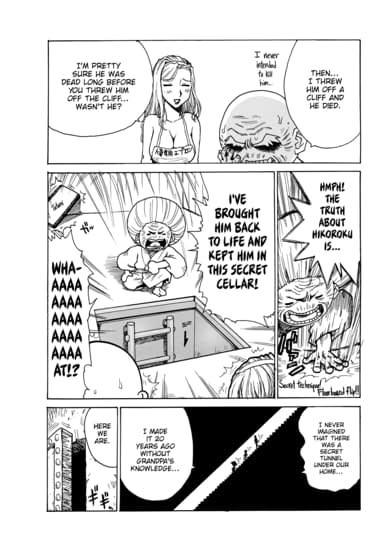 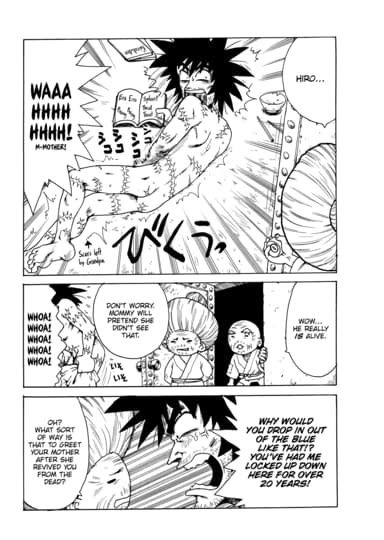 There's also a bit of a joke on page 7, which hinges on the Japanese term "hitozuma," which is being translated as "housewife" here. The "zuma" in "hitozuma" comes from "tsuma," which means wife or bride. "Hito," meanwhile, just means "a person." So "hitozuma" most precisely means "someone [else's] wife", which is where the word gets its sexiness from. In the first panel of page 7, the old lady is pointing out that the idea of a woman being born as "the legedary somebody-else's-wife" makes no sense without a somebody-else for her to be married to.

The joke isn't really lost in the translation, but the absurdity of the "legendary housewife" is more central in the Japanese version. That said, I would have translated this the same way FAKKU did, though.

Let's Do Something Nice!